“This book was inspired by my mother, she died from the complications of diabetes. She was taking over ten prescription drugs multiple times a day, including massive amounts of injectable insulin. My mother was given what I feel was the wrong advice by her doctors for decades. She was given very poor nutritional advice by countless so called “nutritionists”. Her diet was replete with refined wheat products, hidden sugars, artificial sweeteners, packaged foods and canned synthetic vitamin “shakes”.

She was in the hospital for 64 days for all of that to resolve. Also evolving were kidney (fluid) problems, breathing difficulty, countless doctor visits to “specialists” and many nights in the hospital for her and her family members in the last 10 years of her life. It was a very difficult thing for her and her family, most of this was preventable. 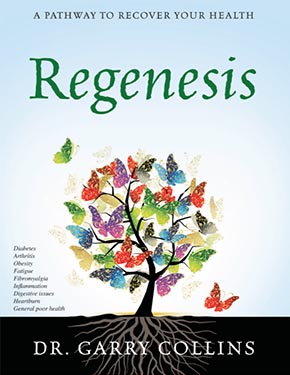